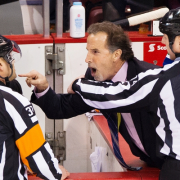 As I was preparing to write this blog I was struggling to decide on a topic. One evening sitting at the kitchen table I decided to ask my 7 year old daughter about leadership and like always she delivered; one of her quotes. “Sometimes it just doesn’t work out.”

As young leaders we are in the earlier stages of our careers and will have future opportunities that will test our leadership abilities. When we take on these new responsibilities we will all experience varying degrees of success and sometimes failure. Does that make you a failure? No! Does that mean you will never succeed? Absolutely not! You can have all kinds of talent and experience, but it’s unrealistic to think you can succeed in every situation.

Coaches of NHL teams are great example of this. Whether it’s a longer tenured coach or a new up and coming coach, some last many years before getting fired while some last one season or less. A recent example was the hiring of Dallas Eakins by the Edmonton Oilers for the 2013/2014 season. Eakins was considered to be one of the best coaches waiting to make the jump to the NHL with a good record of developing young talent in the AHL. He was fired half way through his 2nd year with the Oilers after a 36-62-14 record in 112 games. Was his stint with the Oilers a failure? Yes. Is he any less of a coach than he was prior to joining the Oilers? Not likely. He was not the right person at the right time for that team and we’ll likely see him coach in the again in the future.

Another example sticking with the coach theme is John Tortorella who coached from 1999 to 2014 was fired 3 times during that period and always finding work prior to the next season. He’s won a Stanley Cup and had success, but as the team changed he was no longer considered the right person at the time. After being fired by the New York Rangers in 2013 he quickly found work in Vancouver. Even with his experience and knowledge of the game, his time in Vancouver lasted one year and was considered a debacle by many. Again, he’ll likely find work coaching in the NHL again.

To sum it up, a quote from Denis Waitley, “Failure should be our teacher, not our undertaker. Failure is delay, not defeat. It is a temporary detour, not a dead end. Failure is something we can avoid only by saying nothing, doing nothing and being nothing.” 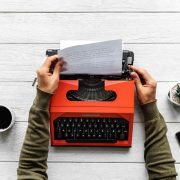 Every day we are faced with choices in our careers that will affect us over the long term. Should I volunteer for that new project? Should I ask for a raise? Should I take a sabbatical? Should I say yes to overtime?

But sometimes we miss the biggest choices that will cause us to look back on our careers 20 years from now with pride and contentment — or regret.

Here are some of the career choices we often make but will regret deeply in 20 years’ time: